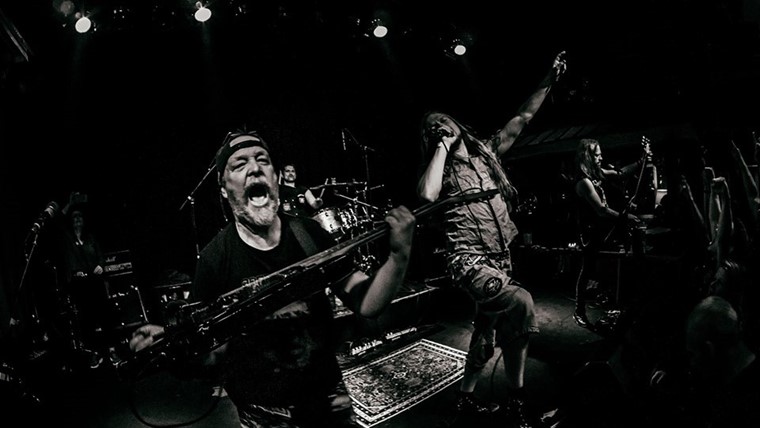 Artillery was formed in June 1982 in
Taastrup, a suburb to Copenhagen, by
guitarists Jørgen Sandau and Michael Stützer, bassist Morten Stützer, drummer Carsten Nielsen and lead singer Per Onink. Per Onink left soon after and was replaced by singer Carsten Lohmann.

The group then recorded the demos "We Are the Dead" in 1983 and Shellshock +
Deeds of Darkness in 1984. Artillery's first professional debut came in early 1985 with the inclusion of the song "Hey Woman" on Volume One of the Speed Metal Hell
compilation series which was released by New Renaissance Records. Later that year, Carsten Lohmann left and was replaced by Flemming Rönsdorf.

Later the same year, Artillery recorded a third demo, Fear of Tomorrow, signed with Neat Records, and released their first album, also titled Fear of Tomorrow. Their second album, Terror Squad, was released in 1987. It is a little-known fact that Artillery shared rehearsal rooms with Mercyful Fate and Metallica during this period. Guitarist Jørgen Sandau left the band in 1989. Bassist Morten Stützer took over the guitars, handing over the bass to Peter Thorslund.

Their third album, By Inheritance, was released in 1990 on both LP and CD, by Roadrunner Records. Artillery disbanded in 1991, some of the members pursuing musical projects of their own during the rest of the 1990s. After the 1998 release of an Artillery compilation CD, the band decided to reform as a trio (Flemming, Morten and Michael) with session drummer Per (The Haunted ETC.), to record a
fourth album, B.A.C.K, which was released in 1999 by Die Hard Music, which was followed by a few concerts, big German festival W.A.C.K.E.N. being one of them.

Then in 2000, Artillery decided to split up again. In 2007, the band released a limited edition 4-CD boxset entitled Through the Years on the polish label Metal Mind Productions, which contains the band's four studio albums complete with demos from the respective time periods. On November 6, 2007, Michael confirmed on the newly started official Artillery website that they were once again active.

However, longtime Artillery singer Flemming Rönsdorf did not participate. On November 27 the same year, it was confirmed that singer Søren Nico Adamsen would be the new front man. This line-up continued to record two albums  When Death Comesfrom 2009 and My Blood from 2011. They toured extensively and also released a live DVD and live album, both entitled One Foot in The Grave  The Other in The Thrash (2009). On April 12, 2012, drummer Carsten Nielsen announced that he was leaving the band after a U.S.A./South America tour in May that year and was replaced by Josua Madsen.

On September 26 the same year, it was also announced that Søren Adamsen had left the band. He was replaced by singer Michael Bastholm Dahl. The new Artillery began recording a new studio album in February 2013, and it was released on Metal Blade in on November 26, 2013. The album was called Legions. Legions was followed three years later by Penalty by Perception. 2017 was a relatively uneventful year seen from a songwriting perspective. That did not, however, stop Artillery from touring extensively around the world. They visited North- and South America, Asia, Europe and even the Middle East and Russia.

At the start of 2018, Artillery went to Medley Studios, Copenhagen once again, this time to record "The Face of Fear". The album, which was released in ultimo 2018 to generally positive reviews, saw a re-recording of one of the earliest entries to the bands repotoire with the track "Mind of No Return", a track that was previously unreleased, On October 2nd, 2019, founding member and brother of Michael Stützer, Morten Stützer, passed away at age 52. The band's future efforts are be dedicated to Morten. Later in 2019, former session guitarist Kraen Meier took over the spot as the second guitarist thereby becoming full time member of the band.

The band has just been touring Asia, Australia, New Zealand and Russia with big success and are working on new songs at the moment. 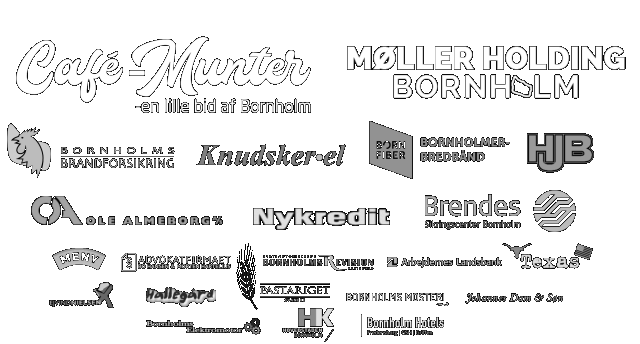